His journey began as a youth pastor in 2008 at First Baptist Jackson (West Campus) which was on Mission First Campus. Since then, he has ministered to several teenagers and their families. Rafael uses his gift of music, sports, and preaching to build God’s Kingdom.

Rafael is married to Shalandrea Jackson and together they have three children: Erin, Evan, and Revelation. Proverbs 3:5-6 is their family scripture that they recite and believe which says, “Trust in the Lord with all your heart and do not lean on your own understanding. In all your ways acknowledge him and he will direct your path.

Linda became the 11th pastor of Calvary in June 2013.  Calvary is Linda's home church.   She graduated from William Carey College and Southwestern Seminary.   She served as Youth Minister at FBC, Summit, Ms and FBC, Canton, MS.

Linda was an IMB missionary to Hong Kong from 1991-1998.   Linda came back to Calvary in 1998 to lead the church in beginning a Community Ministries to minister to the people in Calvary's Jerusalem.   A ministry called HIS Heart began.   Linda led this ministry until her calling as pastor of Calvary in 2013. 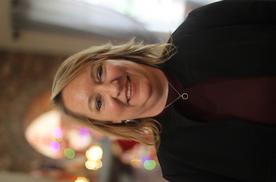 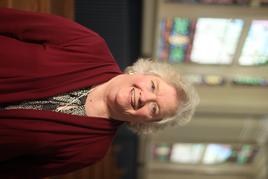 John Mark has been passionate about using his creative talents in worship ministry for 20 years.  John Mark feels blessed to combine his love of music, drama, visual expression, and community development as he serves as Worship Arts Pastor of Calvary Baptist Church.

With the support of his wife, Sharon, and his 3 children, John Mark desires to enthusiastically lead and shepherd Calvary’s church members as they find ways to use the worship arts to serve the community surrounding 1300 West Capitol St and show Christ’s love in every aspect of their worship and service. John Mark loves the fact that God knows His plan and purpose for each one of us and believes with all of his heart that he has found his. 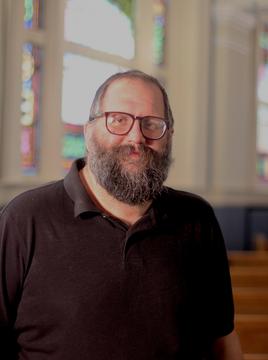 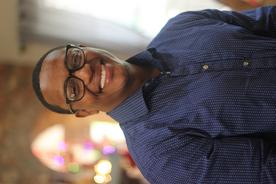 Paula Stodghill became the Executive Director of HIS Heart and Missions Pastor of Calvary in June 2013. Paula grew up on a farm in north Louisiana.  She graduated from Mississippi College with a degree in Elementary Education. While at MC, Paula met her future husband Flint.  They married in 1992 and have raised two daughters, Racheal and Hope.

Paula taught elementary school for 18 years, and has also served in children and youth ministry in several churches in Mississippi and Louisiana.   She has also served as GA camp director in Alto, Louisiana for three years and led Bible School on a mission journey to Luanda, Africa.